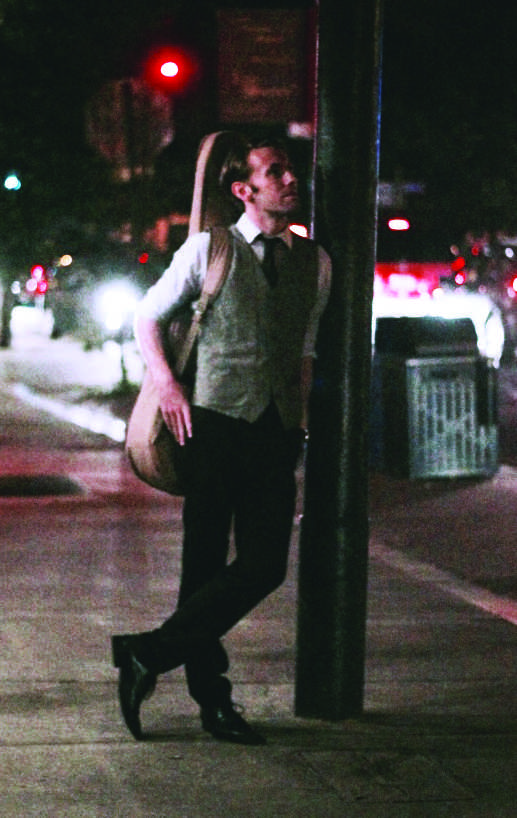 Shane Thomas Livingston, musician and writer originally from West Virginia
Was it tough living in West Virginia?
“For a musician, yes. If you’re not playing either country, heavy metal, surprisingly, or cover songs, you will never get a gig in your entire life. I was very sad for a very long time. The saving grace was that I worked in a music store with some cool guys, but other than that, it was pretty miserable.”
How would you describe your music?
“Alternative folk-rock with a tiny hint of jazz.”
Who would you say are your primary inspirations?
“Sonny Rollins, Laurence Schubert and, I always get weird looks on this one, but Dave Matthews, only because that was the first band I ever got into when I was 11 years old. So I wouldn’t even be playing the guitar if it weren’t for them. Whether or not I listen to them any more or not, I owe them for me even getting into music. It was the spark, so he’s always going to be top of the list.”
How would you describe your style, clothing-wise? Does it match your music?
“The jazz part, definitely. If you look back at what Bob Dylan used to wear back in the day, I would say maybe a little bit because I’m a bit of a storyteller with the lyrics, so I guess you can throw that in there too. The music’s definitely a slight bit grittier than my snazzy outfit would lead you to believe.”
“I look at it as, especially when I come out busking, there’s nobody else dressed like this, not a single person. It kind of helps set it apart a little more, and, quite frankly, I like looking snazzy. I miss how people looked back in the ‘30s. Obviously, appearance isn’t everything, but you should take pride in your appearance and how you dress and how you look because it’s going to carry over into other aspects of your life. You’re going to take pride in even the smaller things.”
If you were to describe your musical style in three words, which ones would you choose?
“Deep, un-poppish and contemplative. If a song doesn’t make you think, I don’t think it’s a good song. It doesn’t have to have words to make you think. I love classical musicians. I love Beethoven, Brahms, even Wagner, although he got a bad rap back in the ‘40s. But, if it doesn’t really make you think and feel something, then, what’s the point? Which is probably about 90 percent of the shit you hear on the radio these days.”
“The older musicians, I felt, put more character into their music. It wasn’t about getting famous and getting on the radio. It was about playing music for people and putting the message across. He’s not a major influence, but Woody Guthrie is a prime example of that. Back in the ‘30s, people were going through some terrible, horrible stuff, and he wanted to write music to make people feel better. That’s what he did and he got hugely famous because of it. But he wasn’t doing it to be famous. He was doing it just to make people smile again because they were going through the worst times of their lives. At that time, people needed that more than anything.”
What would you say that you love and hate about Asheville?
“I love the diversity of Asheville more than anything. Any kind of food that you want to get, it’s going to be here. Any kind of music that you want to hear, it’s going to be here. If there was anything that I hate, it would be that it’s slowly turning into a tourist town. I get that it’s useful and helps the town grow, but I hate tourists so much. Everybody is walking around in their Birkenstocks and their cargo shorts, ugh. And, I’m sorry, but if I’m walking down the sidewalk one more time and I have someone just stop dead in their tracks, I’m going to lose it. I will lose my damn mind. You’ve got to. You have to start taking a New York mentality about something like this. Assertive.” 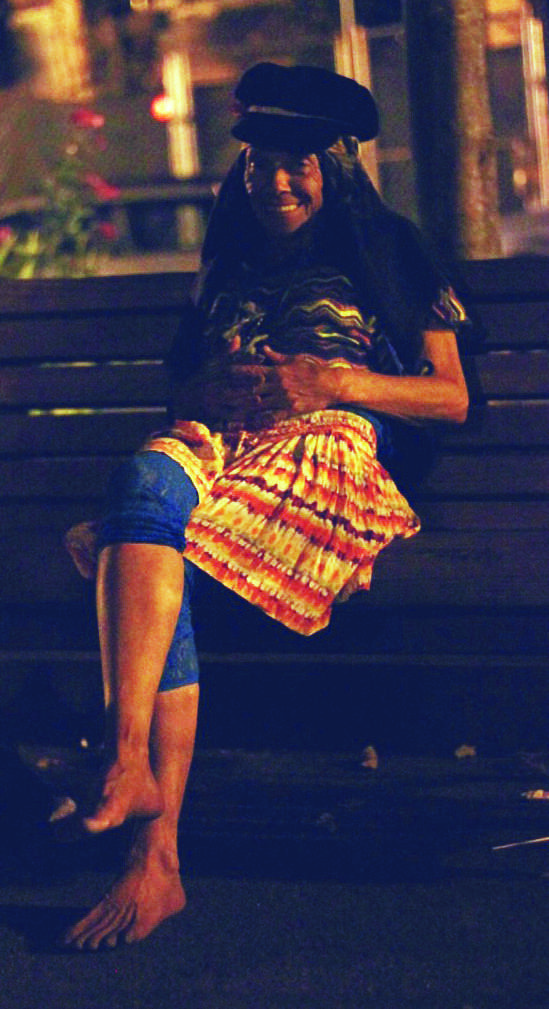 Virginia Day Jones, originally from “the mountains”
What do you do for a living?
“I save lives.”
How would you describe your sense of style?
“Comfortable.”
What would you say are three adjectives to describe your style?
“Love, peace and harmony.”
Who would say inspires you in terms of artists/musicians/people?
“All kinds.”
Do you have any specifics?
“The one that created the Memoirs of a Geisha. That story was one of the most beautiful, most elegant, most colorful, most expressive.”
Do you like Asheville?
“I love it. I’m just getting used to it to where I feel pretty comfortable. It kind of has my little areas and territories where I can go that way without getting lost and that way and that way and that way.”
If you were to say what has been one of the weirdest things that has ever happened to you that has influenced who you are as a person, what would you say?
“Experiencing the jungle.”
Which jungle?
“Just the jungle. It’s a jungle. It’s the jungle.”
Is that a metaphor for life in general?
“No.”
This column was originally published in The Blue Banner.